What is special about blue eyes? 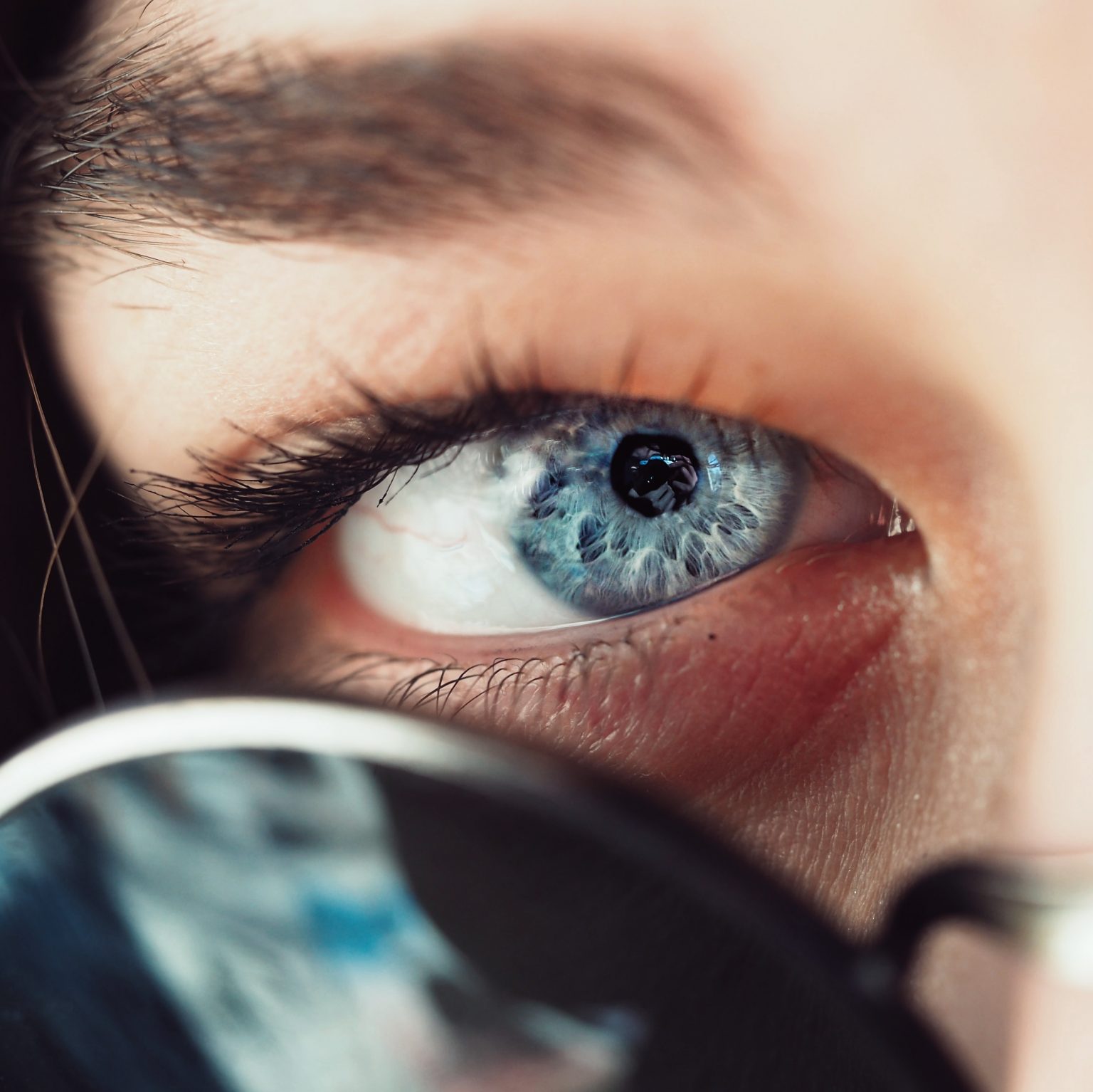 1. Only 8 Percent of the World’s Population Has Blue Eyes

If you have got blue eyes, you might just belong to one of the world’s most exclusive groups without realizing it! Since blue eyes are genetically recessive, only 8 percent of the world’s population has blue eyes. While blue eyes are significantly less common than brown eyes worldwide, they are frequently found from nationalities located near the Baltic Sea in northern Europe.

2. There is No Blue Pigment in Blue Irises

The color of our eyes depends on how much melanin is present in the iris. Blue eyes get their color the same way water and the sky get their blue color — they scatter light so that more blue light reflects back out.

The iris is made up of two layers. For almost everyone — even people with blue eyes — the back layer (called the pigment epithelium) has brown pigment in it.

The front layer of the iris (called the stroma) is made up of overlapping fibers and cells. For people with brown eyes, some of the cells also have brown pigment in them. If there is no pigment at all in this front layer, the fibers scatter and absorb some of the longer wavelengths of light that come in. More blue light gets back out and the eyes appear to be blue.

Melanin in the iris of the eye appears to help protect the back of the eye from damage caused by UV radiation and high-energy visible “blue” light from sunlight and artificial sources of these rays.

Since blue eyes contain less melanin than green, hazel or brown eyes, photophobia is more prevalent in blue eyes compared to darker colored eyes. For these reasons, having less melanin in your irises means that you need to protect your eyes more from the sun’s UV rays. Therefore, it is recommended to those with blue eyes to stay out of the sun for long periods of time and try to wear protective eyewear when you are outdoors.

4. All Blue-Eyed People May Have A Common Ancestor

Originally we all had brown eyes, however, according to researchers at the University of Copenhagen, it appears that a genetic mutation in a single individual in Europe 6,000 to 10,000 years ago led to the development of blue eyes. Therefore, we can conclude that this genetic mutation is the cause of eye color of all blue-eyed humans alive on the planet today.

What is the genetic mutation?

A genetic mutation affecting the OCA2 gene in our chromosomes resulted in the creation of a “switch”, which “turned off” the ability to produce brown eyes. The OCA2 gene codes for the ‘P protein’, which is involved in the production of melanin (the pigment that determines the color of our eyes, skin and hair). The “switch”, does not, however, turn off the gene entirely, but rather limits its action to reducing the production of melanin in the iris – effectively “diluting” brown eyes to blue.

According to Hans Eiberg, associate professor in the Department of Cellular and Molecular Medicine from the University of Copenhagen, “From this, we can conclude that all blue-eyed individuals are linked to the same ancestor. They have all inherited the same switch at exactly the same spot in their DNA.”

Similar to amber eyes, blue eyes may be rare, they’re among the most common eye colors at birth. Since the human eye does not have its full adult amount of pigment at birth, most Caucasian babies are born with blue eyes. However, since human melanin tends to develop over time —  this causes the child’s eye color to change as more melanin is produced in the iris during early childhood.

6. People With Blue Eyes May Have a Higher Risk of Alcoholism

A new study suggests that individuals with blue eyes are at a higher risk for alcohol dependency compared to those with darker eyes. Therefore, this finding adds further evidence to the idea that alcoholism has a genetic component.

A study published in American Journal of Medical Genetics, Part B: Neuropsychiatric Genetics found that European Americans with blue eyes had up to 83 percent higher odds of becoming dependent on alcohol, compared with matched controls who had darker eye colors. This research suggests that alcoholism has a genetic component linked to genetic sequences that determine eye color, which may help explain the association. However, at this stage, the reason for the correlation is still unknown and further research is required to fully understand this correlation in the findings, unlike hazel eyes.

7. You Can’t Predict the Color of Your Child’s Eyes

Since it was once believed that eye color — including blue eyes — was a simple genetic trait, many people used to believe that blue-eyed people could only have blue-eyed children. Before geneticists fully understood how human eye color inheritance works, a child’s eye color to used be used as a paternity test  — based on the assumption that you could predict a child’s eye color if you knew the color of the parents’ eyes and perhaps the color of the grandparents’ eyes.

But geneticists now know that this concept is far more complicated, as eye color is influenced by an interaction of as many as 16 different genes — not just one or two genes as once thought. Additionally, the anatomic structure of the iris can also influence eye color to some degree.

How rare is a blue eye?

How do people get blue eyes?

Blue-eyed? Thank a genetic switch that turns off your body’s ability to make brown pigment in your peepers. Researchers have finally located the mutation that causes blue eyes, and the findings suggest that all blue-eyed humans share a single common ancestor born 6000 to 10,000 years ago.

What ethnicity is blue eyes?