Are Optometrists Rich? Is Optometry Worth Your While? 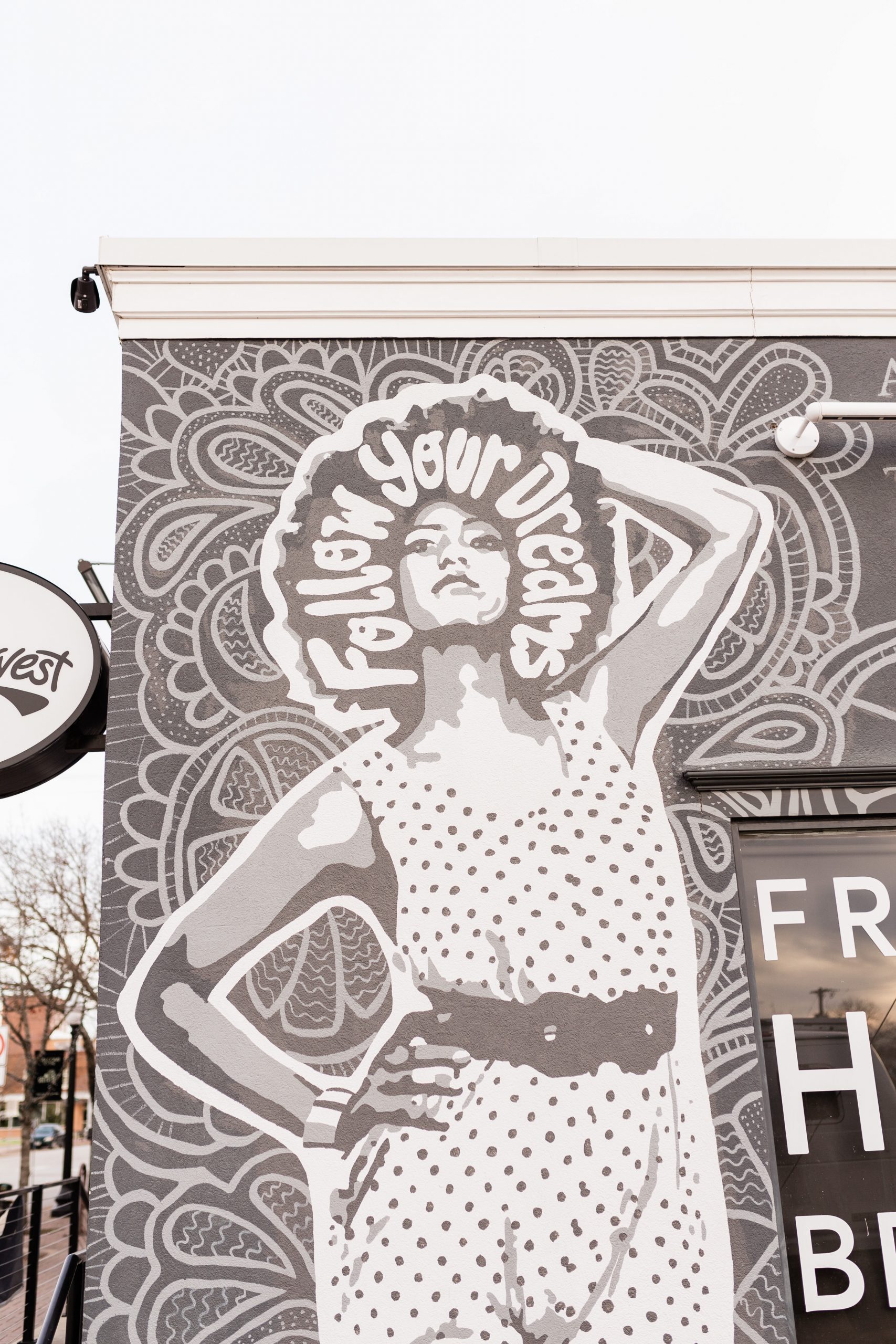 “Is optometry worth it?” is essentially a deep subject that each individual must decide for himself. Optometry is a gratifying profession since it assists individuals in enhancing their vision and preserving their eye health. An OD can make a good livelihood in addition to his or her eye care job.

However, revenue has remained stagnant, and private practice is no longer as profitable as it once was. Luxottica, the 800-pound gorilla, and the creative (now recognized) Warby Parker have had a significant impact on ODs’ earnings.

Despite stagnant earnings, the expense of optometry training remains to climb. The typical OD with whom we’ve dealt owes $267,000 in college loans. Is optometry worth it in today’s modern economic climate? Here’s what aspiring optometrists should be mindful of.

Following are the topics that we are going to cover in this article.

Undergraduate courses are the first step toward becoming an optometrist (O.D.). The majority of optometry schools will need at least three years of post-secondary study, with several demanding a bachelor’s degree.

Anyone can enroll in any of the 23 approved colleges and universities of optometry in the United States once they’ve finished their bachelor’s prerequisites. The individual’s Optometry Admission Test (OAT) result will be requested by the majority of these institutions. This is a computerized test that tests your knowledge of mathematics, mechanics, reading ability, and statistical thinking.

While optometry education and medical college are not always identical, both degrees require four years to accomplish. Genetics, anatomy, optics, chemistry, ocular science, and other topics are covered in optometry courses.

Several optometrists undertake the National Board of Examiners in Optometry test after receiving their Doctor of Optometry degree. Some opt to participate in a one-year residency program on their own. Cornea and corrective lenses, visual recovery, brain damage regeneration, pediatric and geriatric optometry are instances of residency specialties.

As per the Bureau of Labor Statistics, the average optometrist pay is $118,050 per year. Although this is a respectable average wage, it is approximately $46,000 less than what dental graduates earn. It’s also roughly $90,000 less than the average physician’s pay.

With a median yearly income of $124,600, the highest-paid optometrists operate in physician clinics. Individuals who operate in medical and individual treatment businesses make $120,060 per year, whereas those who engage in optometrist offices get $112,190.

Whereas the BLS does not disintegrate optometrist pay by specialty, Medscape has discovered that ophthalmologists make significantly higher, with an average annual pay of $378,000. According to Medscape’s analysis, ophthalmology is the tenth highest-paid branch of medicine.

The proportion of income you may make as an optometrist is also influenced by the state in which you practice. Right now, the five states that pay the highest salary to optometrists are North Dakota, Alaska, District of Columbia, Kentucky, and Connecticut. The five states with the greatest levels of employment for optometrists are Pennsylvania, California, New York, Texas, and Florida.

From 2019 to 2029, work in optometry is expected to rise by 4%. This puts it in line with the national median for all occupations. Whereas the career prognosis for fresh optometry graduates isn’t as bright as it is for most medical practitioners, it is preferable to the employment forecast for several other fields (such as a pharmacy), which is expected to deteriorate during the next ten years.

The typical OD we’ve dealt with at Student Loan Planner® has $267,000 in student debt, and that number is rising owing to tuition rises at many of the most respected optometry institutions.

In-state cost at Indiana University is around $31,000 per year, whereas out-of-state pricing at Salus University College of Optometry is $43,000 per year.

The average optometrist income is $118,000, which is a very good wage. But how does it stack up against the ordinary college graduate without a master’s degree?

The typical income for a bachelor’s level student is $1,426 per week, or approximately $74,000 per year, as per the Bureau of Labor Statistics. As a result, getting a Doctor of Optometry may make you an additional $44,000 per year on average.

Let’s pretend that the $44,000 in extra revenue lasts over an OD’s whole 40-year career. When contrasted with anybody having a bachelor’s degree, this translates to an additional $1,760,000 in earning potential for an OD. That’s a big figure!

On the outside, pulling out $267,000 in borrowing to generate an additional $1,760,000 appears to make commercial logic, but keep in mind that the additional profits will be taxable.

But now we’re speaking about ODs getting an additional $1,056,000 to pay off the $267,000 in-school loan debt that allowed them to acquire that wealth in the first place. On the exterior, everything appears to be in order, yet there are a few critical details omitted:

Let’s take a closer peek at what payback sounds like for ODs.

Is optometry a good investment?

At Student Loan Planner, they’ve completed over 5,300 consultations and provided advice on more than $1.3 billion in student debt. According to their research, there seem to be two best approaches for ODs to pay off school debt. They’re on opposing sides of the spectrum, by the way.

Alternative one — Rapid Repayment: For those who end up owing 1.5 times their earnings or a little less (e.g., someone who earns $100,000 but owes $150,000 or less), their safest choice is to settle back their debts as quickly as feasible, no longer than ten years.

Alternative two — Offer the lowest quantity plausible: For individuals who end up owing more than double their earnings (e.g., anyone who earns $100,000 but owes $200,000 or more), the primary objective is being on an income-driven transaction schedule which might keep their disbursements minimal and maximize loans and grants, regardless of whether it’s PSLF or taxable loan forgiveness.

Until they’re wedded to a strong working person with minimal to no school loan, many ODs would prefer alternative two.

Get rid of the stepwise plan.

Adam had been an OD for three years and was using the graded commitment to continue his fees as low as possible. However, in nearly every case, the graded approach will eventually cost ODs additional cash.

The graded program is neither the first nor the second of the two options described previously. And it’ll be significantly more expensive since Adam would be repaying down a 6.8% debt over 30 years, with installments rising per two years. It may appear to be a smart idea to aid with income every month, but it is one of the very worst payback alternatives 99 times out of 100.

When deciding between income-driven repayment and refinancing, consider the following factors.

The graded system would cost more than selecting income-driven payback or refinancing to a 10-year set price. In terms of PAYE vs. refinancing, the two choices appear to be quite comparable in terms of out-of-pocket costs, and here are the advantages and disadvantages of both of them:

Regular installments that are manageable will enable him to preserve, spend, and make an investment towards additional financial objectives (pro).

Has twenty years to save enough for unpaid taxes (pro)

Compared to refinancing, it will take him ten years more (con)

He’ll be debt-free in ten years or less (pro).

For the next ten years, you’ll be stuck with $3,039 in monthly payments with minimal to no options (con)

On the face, Adam looks to be torn between two options, yet PAYE is the definite victor. With PAYE, Adam’s expenses will be significantly cheaper than if he refinances. It will really save over $2,400 each month. He will be considered ahead of his peers in terms of resources if he accumulates and invests the cash he has freed up for the upcoming monetary objectives.

PAYE would allow him to save and invest for his other corporate objectives by giving him additional freedom and cheaper payments. On the negative, he’d have to get used to the notion that his debts would continue to increase. This is generally difficult for others to comprehend.

That is why it is critical to saving in addition to PAYE. If he saves $2,000 each month for 20 years and earns 7%, he will have almost $1,000,000 in assets and $435,000 in forgiven loans. He’ll possess a combined wealth of around $825,000 following repaying the tax bomb. That’s very great because it renders it monetarily worthwhile to let the debts increase.

Is optometry a worthwhile option? Yes, from a strictly monetary standpoint. In comparison to the average university graduate, an OD’s lifetime earnings are predicted to be $1,056,000 after taxes. That’s more than $676,000 more than the anticipated cost of repaying student debt, which is $380,000.

Many optometrists will have to cope with college debt for the next two decades. And they won’t be able to rejoice and appreciate their newfound wealth until their debts are paid off.

Throughout that period, attempting to make college loan repayments will be a part of living, which also will coincide with the additional expenditures of tying the knot and bringing up children. If optometrists can retain that long-term viewpoint, they’ll be able to continue working for a long time and make well after paying off their college loans.

OD students, like any other career, should only take this road if they are completely committed. If that’s the case, you won’t have any regrets about taking out student loans.

It is critical to have a thorough grasp of how debt payment functions. It’s also crucial to understand how to manage the economic and psychological consequences of having so much debt.

ODs can discover a clear way to repay their debts. A route that may not only conserve them extra income but also assist them to comprehend the measures they need to take to get it accomplished.

Approximately 5,300 customers have used Student Loan Planner to take out over $1.3 billion in student loans. Regardless of your optometrist income or debt level, they can assist you in finding out the best option in about an hour.

To conclude learn more about iTRUST Optometry EHR a clear winner in the EHR space check out our home page.